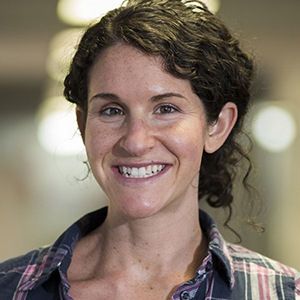 Jenny Davis, How Artifacts Afford: The Power and Politics of Everyday Things

Jenny L. Davis is an Associate Professor of Sociology at the Australian National University. Her work intersects technology studies and social psychology, with a current focus on AI and machine learning. She is Deputy Lead of ANU's Humanising Machine Intelligence Program, Co-Director of the ANU Role-Taking Lab, on the board for Theorizing the Web, and Past Chair of the Communication, Information Technologies, and Media Sociology section of the American Sociological Association. Learn more about Jenny's work at JennyLDavis.com and/or follow Jenny on Twitter @Jenny_L_Davis

Noorda forum via zoom OR through zoom: 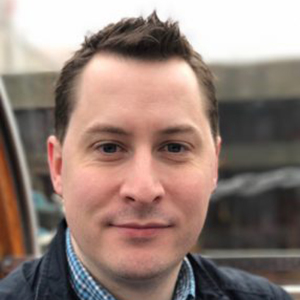 - Using Knowledge of User Experience for Nefarious Purposes
Colin M. Gray is an Associate Professor at Purdue University in the Department of Computer Graphics Technology and Associate Professor (by courtesy) in Learning Design & Technology in the Department of Curriculum and Instruction. They are program lead for an undergraduate major and graduate concentration in UX Design. 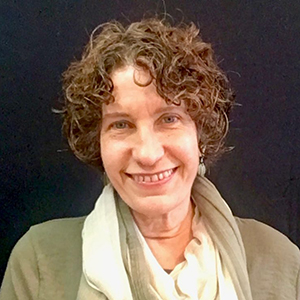 Women's Changing Participation in Computing
Janet Abbate is a professor of science, technology, and society at Virginia Tech and serves as co-director of the graduate program of the Department of Science, Technology, and Society in Northern Virginia. Dr. Abbate’s work focuses on the history, culture, and policy issues of the internet and computing 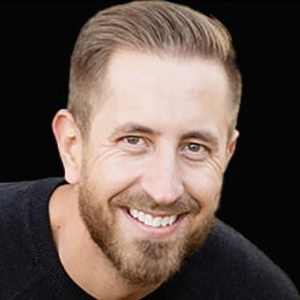 Tyler Haggin currently works as a Principal and Chief Operating Officer at TrueInsight LLC, a provider of Engineering Validation, Data Analytics, Machine Learning and High-Performance Computing solutions. Prior to working at TrueInsight, Tyler worked for GoEngineer, another Weber State Sales sponsor, for 15 years in all areas of sales including Inside Sales/Business Development, Outside Sales, Customer Service and Sales Management. Throughout his career, Tyler has focused on recruiting top performing sales talent and building high-performing sales teams using training and coaching as a guide. 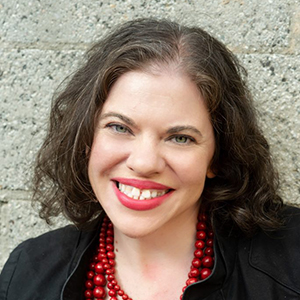 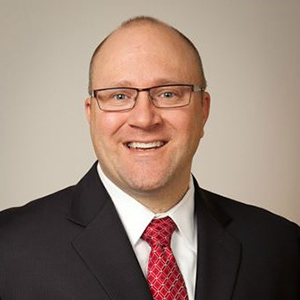 Since graduating from Weber State’s Technical Sales and Communication’s programs, Aaron Campbell has spent the last 25 years in sales and marketing roles in the Pharma, BioTech and MedTech industries.   Aaron currently is the West Region Sales Manager for a division of Boston Scientific, a global leader in medical devices and frequent recipeitn of Fortune’s “Most Admired Companies” award.  Aaron is excited to share where a sales career in medical devices has taken him as well as other Weber State graduates. 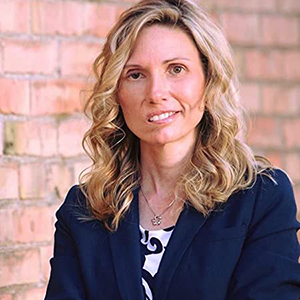 Anti-fragility expert & brain tumor survivor.
Award-winning author of "The Sun Still Shines," Jodi Orgill Brown will share how she strengthened her capacity to thrive in the face of upheaval. She is a corporate trainer, certified coach, professional keynote speaker, and
post-traumatic growth expert. 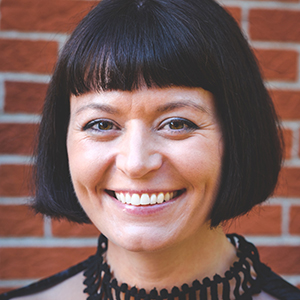 Does STEM have its own culture, and can the beliefs and practices of that culture reproduce inequality? Drawing on data from numerous NSF-funded studies, Prof. Cech argues that the professional culture of STEM often has gender, race, and LGBTQ biases built into its foundational assumptions about excellence and objectivity. She examines the role of three specific cultural ideologies schemas of scientific excellence, depoliticization, and the meritocratic ideology in inequality in STEM.

The Trouble with Passion: How Searching for Fulfillment at Work Fosters Inequality
Peterson Speaker Series

Probing the ominous side of career advice to "follow your passion," Dr. Erin Cech explains how the passion principle fails us, how it perpetuates class, gender and racial inequalities and how to reconfigure our relationships to paid work. 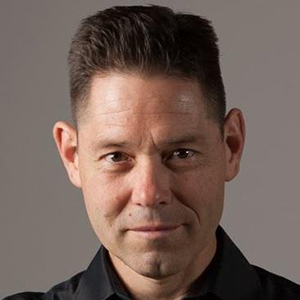 The Right(s) Question: Can and Should Robots have Rights?

Dr. Gunkel challenges his audience to consider whether robots can and should have rights.  In the process of doing so he sheds light on what it means to be human, how humans
interact with technology, and the import of artificial intelligence and robots.

Free and open to the public 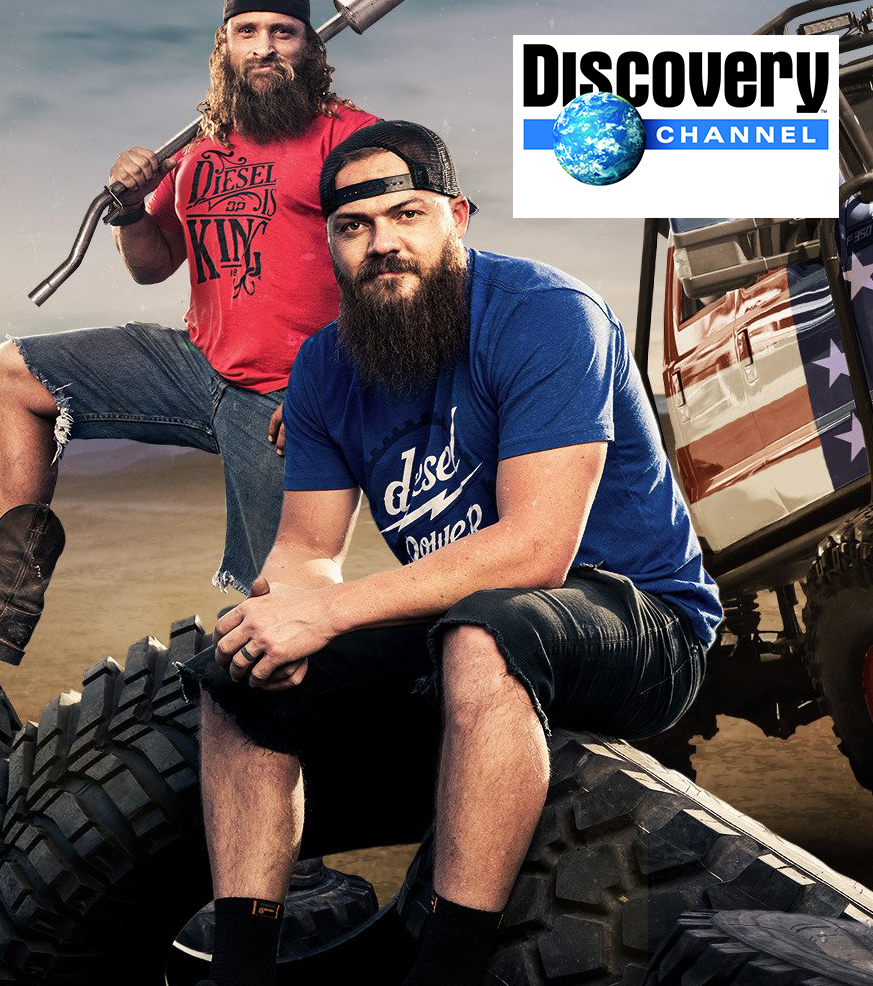 In the world of diesel vehicles, no one has more fun or builds bigger, badder trucks than Heavy D, Diesel Dave and their crew at DieselSellerz. Their mega builds and awesome truck giveaways are the stuff of diesel legend. DIESEL BROTHERS on the Discovery Channel, follows the team at DieselSellerz as they trick out trucks, work hard and play harder in the process. Starting off their business by buying used, or broken down trucks and tricking them out for sales... Heavy D and Diesel Dave use the internet/social media as marketing tool to share their best pranks and stunt driving. Millions of hits later, DieselSellerz has become the
destination for diesel lovers looking for tricked out trucks, crazy stunts, pranks and hilarious antics.  In 2014, Heavy D and Diesel Dave were invited on The Tonight Show with Jay Leno and in 2015, the Discovery
Channel began filming “Diesel Brothers” in 2015, and since then the show has become one of the most popular reality shows on cable television. 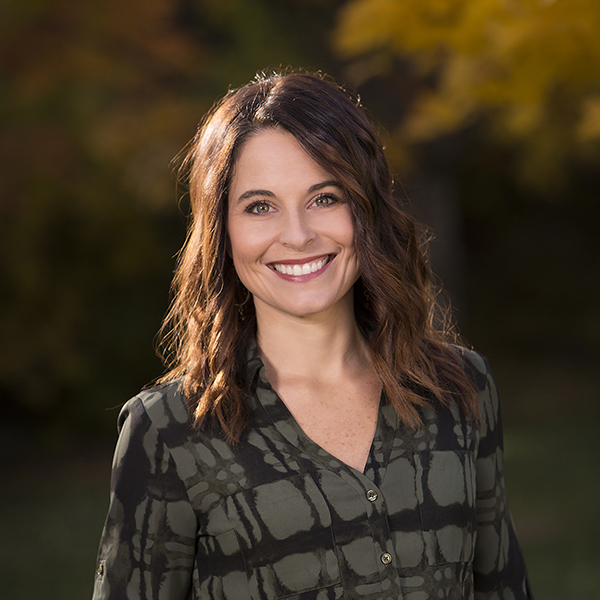 Sara Toliver, CDME, is President/CEO of Visit Ogden. Sara received her BS and MBA degrees from Utah State University before opening three retail stores on Historic 25th Street. The ensuing redevelopment of this historic district led to Sara’s passion for the Ogden community which continues to drive her in her day to day activities to make Ogden an amazing visitor destination. Sara and her husband Brett have 13 year old twins and love skiing, hiking, biking, and pretty much anything else they can do in their mountains. 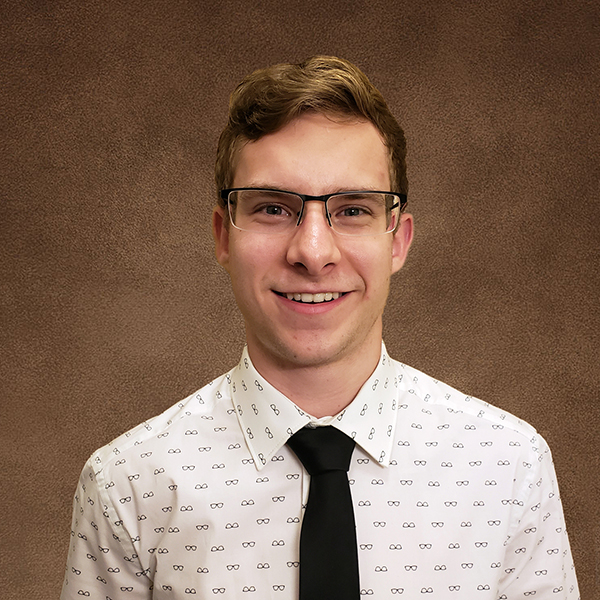 Root Causes: The Key to Success at Work and Home 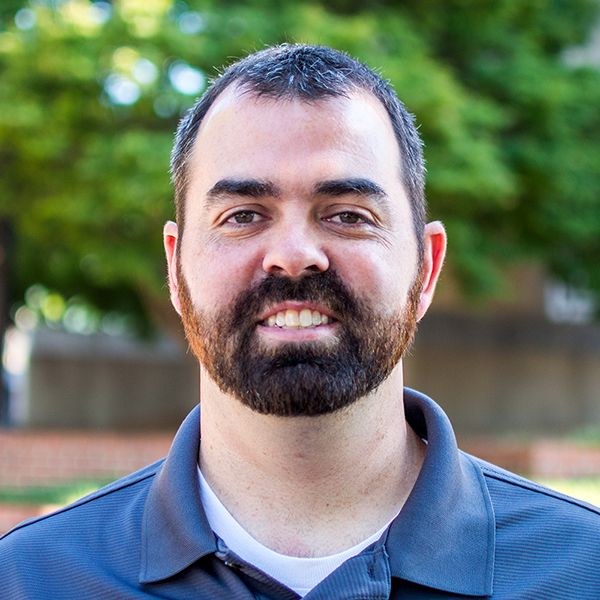 The Man Who Started 23 Businesses (and finally grew one to an Inc 500).
Founder of RoundSphere a tech incubator based in Athens Georgia and home to BookScouter.com and Seller Labs.

Brandon Checketts calls himself a “Parallel Entrepreneur” meaning that he starts and runs several businesses at the same time. He even started two businesses while a full-time student at Weber State University in the early 2000’s. One of his current businesses, Seller Labs, recently landed on the Inc 500 list of fastest growing private businesses in America. 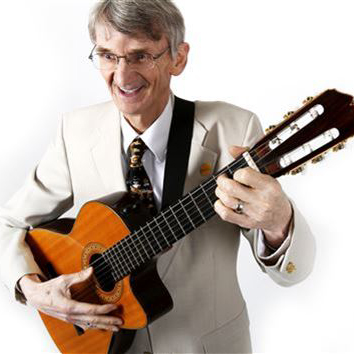 Dr. Charles Daniel Litchford, Jr. is an emeritus Professor of Professional Sales at Weber State University. He came to Weber State in 1970 and is credited as being one of the pioneers of sales education in the Sales and Service Technology Department. He taught courses in sales, sales management, and sales personality profiling. He is a certified instructor for “Managing Interpersonal Relationships,” Wilson Learning Corporation, and was a certified consultant for Performax International. He is also a Certified Master Practitioner of Nero Linguistic Programming. He has served as a consultant in marketing, sales promotion, and customer service for retail businesses throughout the nation. He has been a recognized motivational speaker and performer and serves as an educational consultant. Dr. Litchford has been honored with numerous awards and accolades including the Master Teacher Award, Distinguished Professor Award, the H. Aldous Dixon Award and Professor of the Year Award. Dr. Litchford officially retired ten years ago after years of teaching and inspiring students to be BIONIC! Going on 48 years, he continues to teach online as an emeritus professor with a musical-motivational approach that gives the learning environment a truly unique atmosphere. 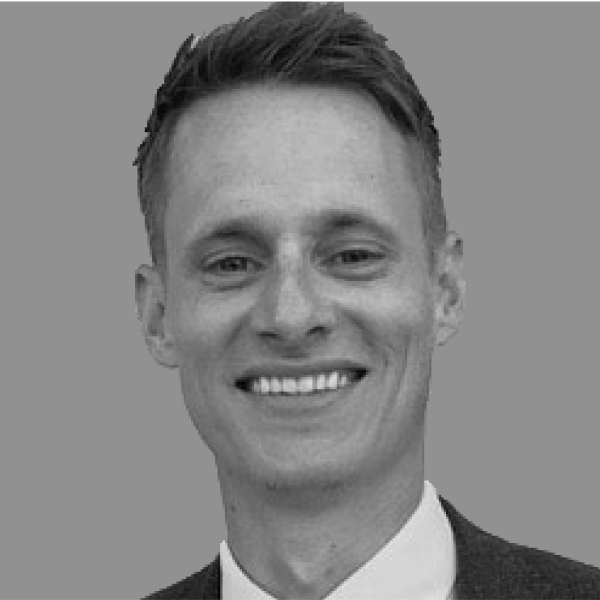 John C. Wolthuis graduated from Weber St. University in 2006 with
a B.I.S. degree, focusing on areas of emphasis in Zoology, Chemistry
and Sales & Service Technology. Upon graduation, John and his
wife Brittney moved to Portland, Oregon, where he started at West
Coast Container, Inc. (WCC). John currently serves as Vice President
of WCC., where he runs the day-to-day operations. 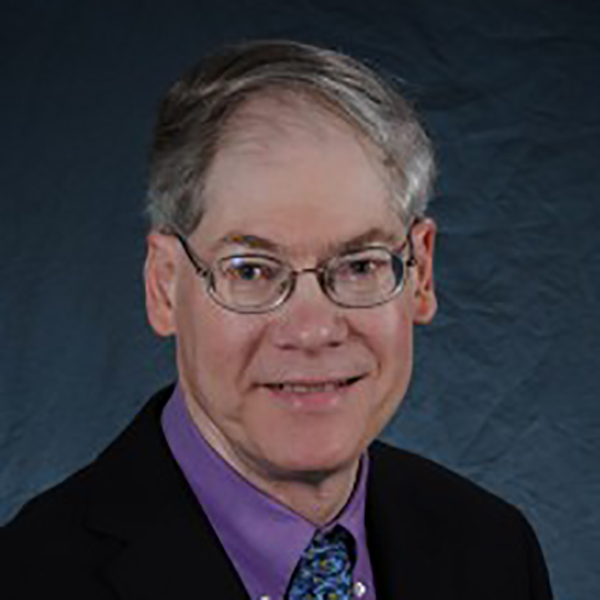 From the earliest days of the American republic, two central questions concerned the
terms by which the new nation would industrialize. How might emerging technologies
preserve and extend the ideals upon which the nation was founded, and what were the
implications of these technologies for art in a republic? The relation of STEM to art has a
long history, and this lecture will explore some early chapters. 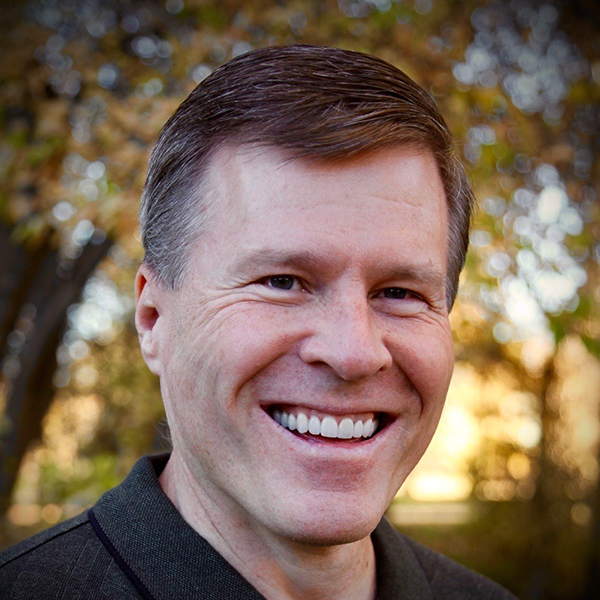 Warren Osborn is a serial entrepreneur who has founded ten companies. One of Warren’s recent companies, Braven, created a nearly indestructible waterproof speaker allowing speakers to go anywhere you go and became the leading outdoor portable speaker brand. Another of Warren’s companies, Luvaire, created the highest-end essential oil diffusers in the market and coupled home decor into its diffusers. One of his companies created the Blu-ray disc package, which established the worldwide standard for high-definition movie packaging. His companies have sold hundreds of millions of products. 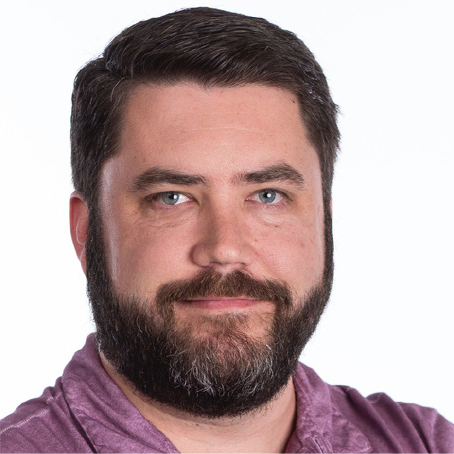 Brian McCullough - Author of “How The Internet Happened”

Practically everyone is familiar with Google. But not so many people know how Google evolved from a small search engine on the Stanford University campus in the early 1990’s to a billion dollar company. In this presentation Brian McCullough recounts the history of Google – how the founders met, the evolution of the Google search algorithm, the financial and philosophical challenges Google faced as it sought to commercialize its services during the bursting of the dot com bubble, the development of AdWords, and Google’s eventual IPO. Brian McCullough is host of the Internet History Podcast (http://www.internethistory- podcast.com). A book loosely based on these podcasts will be coming out in Spring 2018. It is currently titled How The Internet Happened, and will be published by Liveright, a subsidiary of W.W. Norton. Brian is also the founder of various dot com enterprises and in 2016 was selected as a TED Resident. 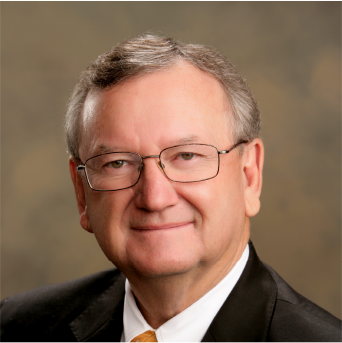 When it comes to receiving your first job offer, selling yourself is half the battle. In this presentation Craig Peterson explains how to make your name stand out in a crowd, and secure that elusive job. Peterson has a wealth of hiring experience and understands what makes a success- ful job applicant. In 1998, Peterson started his own consulting firm specializing in inter-governmental relations related to infrastructure development. Prior to estab- lishing his own company, he served in a variety of leadership roles including: Senior Manager at Parsons Brinckerhoff Quade & Douglas, and Corporate Vice-President of Versar Incorporated. Peterson also served in the Utah State Legislature for 12 years, two years in the Utah House of Representatives, and ten years in the Utah senate including four years as the majority leader and two years as Senate Majority Whip. Peterson graduated from WSU in 1972 with a degree in Manufacturing Engineering Technology. His father, Lorenzo Peterson served as the chairman of the WSU Technical Education Division.

Professor of Science and Technology
Studies at Virginia Tech.

When it comes to receiving your first job offer, selling yourself is half the battle. In this presentation Craig Peterson explains how to make your name stand out in a crowd, and secure that elusive job. Peterson has a wealth of hiring experience and understands what makes a success- ful job applicant. In 1998, Peterson started his own consulting firm specializing in inter-governmental relations related to infrastructure development. Prior to estab- lishing his own company, he served in a variety of leadership roles including: Senior Manager at Parsons Brinckerhoff Quade & Douglas, and Corporate Vice-President of Versar Incorporated. Peterson also served in the Utah State Legislature for 12 years, two years in the Utah House of Representatives, and ten years in the Utah senate including four years as the majority leader and two years as Senate Majority Whip. Peterson graduated from WSU in 1972 with a degree in Manufacturing Engineering Technology. His father, Lorenzo Peterson served as the chairman of the WSU Technical Education Division. 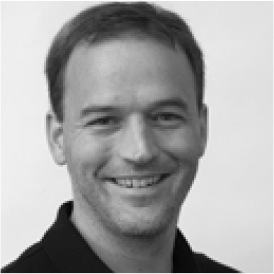 Professor in Law, Business, and Economics at Villanova University

Brett Frischmann is the Charles Widger Endowed University Profes- sor in Law, Business and Economics at Villanova University, and an affiliated scholar of the Center for Internet and Society at Stanford Law School. He teaches courses in intellectual property, Internet law, and technology policy and has written a number of books including Infrastructure: The Social Value of Shared Resources (with Oxford University Press) and Governing Medical Knowledge Commons (with Cambridge University Press). His next book, Re-Engineering Humanity, which he is co-authoring with RIT philosopher Evan Selinger, will be published this April by Cambridge University Press.