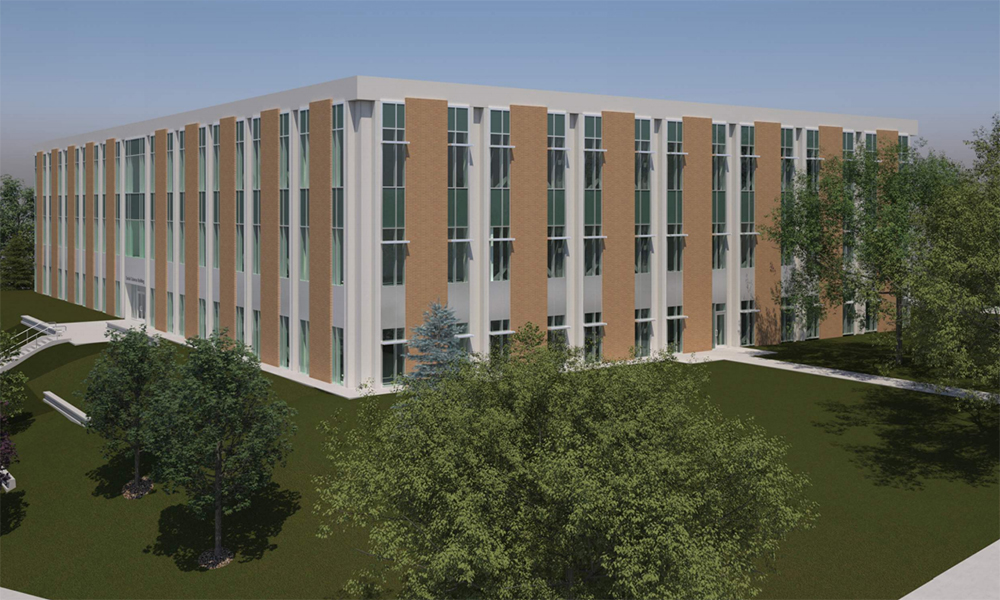 Newly renamed Lindquist Hall features upgrades that enhance the student experience and make it an inviting space for all to enjoy. Beautiful natural light, comfortable spaces for studying and collaboration, and state-of-the-art classrooms and labs are just some of the qualities that make Lindquist Hall special.

We are excited to announce that Lindquist Hall received LEED Gold certification by USGBC. LEED (Leadership in Energy and Environmental Design) is a globally recognized symbol of sustainability achievement and leadership. From the building's construction to current maintenance, we prioritize sustainable practices in the College of Social & Behavioral Sciences.

John E. Lindquist, president of Lindquist Mortuaries and Great Western Insurance, pledged $5 million to help with the extensive remodel of the Social Science Building that bears his name.“Weber State has always been an important part of the Ogden community,” Lindquist said. “As one succeeds, so does the other. A state-of-the-art instructional building will help with the overall mission of the university, and I am proud to be part of the progress.”

Lindquist is a model of civic engagement. At a young age, he began work in the family mortuary business, mowing grass and tending flowers. He became a funeral director following graduation from California College of Mortuary Science in 1971. Eventually he took over the business, later becoming president. Lindquist Mortuaries now has seven mortuary locations and three cemeteries serving Weber and Davis counties, making it the largest mortuary operation in the state of Utah.

In 1983, Lindquist founded Great Western Insurance Company to fund pre-arranged funeral plans. What began as a small company selling 100 policies per year is now a national multi-million-dollar business that employs more than 5,000 people, selling more than 35,000 policies per year.

Lindquist was a member of the U.S. Army Utah National Guard. He has served as chair of the Ogden/Weber Chamber of Commerce and on many boards of directors. He is actively involved in business development and civic affairs, and currently is a member of Weber State’s National Advisory Council and the John B. Goddard School of Business & Economics’ advisory board. He is a member and former president of the WSU Wildcat Club. His affinity for sports extends past campus boundaries. He was instrumental in bringing Raptors baseball to Ogden.

Lindquist received an honorary doctorate from Weber State during the spring 2015 commencement exercise.