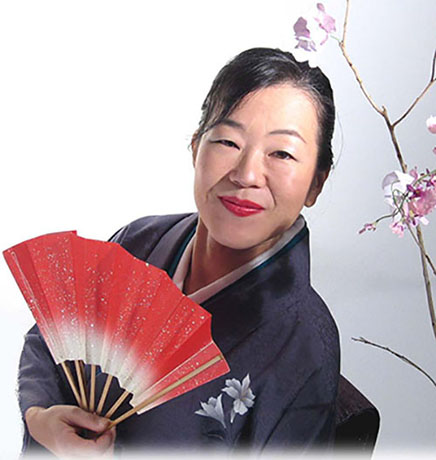 Kuniko Yamamoto is a Japanese storyteller from Florida, who is trained in dance and traditional arts from her native origin of Osaka, Japan. Yamamoto enchants audiences of every age with dramatic storytelling using myths and fables from ancient and modern Japan, spiced with social revelations to educate and amuse. Yamamoto uses traditional  Japanese music, handcrafted masks, stylized movement and a touch of magic to create an artistic balance of illusion and reality. For performances for younger children, she implements Japanese Storytelling with Origami, with creating folded paper animals and faces, which come alive in folk tales. Every program encourages interaction and  participation, with each narrative carefully selected for cultural and moral perspectives. She has received national exposure performing Japanese Storytelling at the Silk Road International Exposition and on Kansai national television in 1985. In the last two decades, she has been presenting her programs througout the United States. She is also recongized by the Florida, South and North Carolina Art Councils since 2000. As a passionate origami folder, she has received the Tempo Award from Origami USA in 2007. She has performed in venues such as: The Kennedy Center in Washington D.C., Disney's Epcot Japanese Pavilion, Seattle's International Children's Festival and Performing Arts Center of Los Angeles County. She offers a variety of workshops including: Math Lesson with Origami, Origami Cultural Connection to Visual Arts, Origami for Teachers, Japanese Theater (Kabuki and Noh) and Japanese Music. 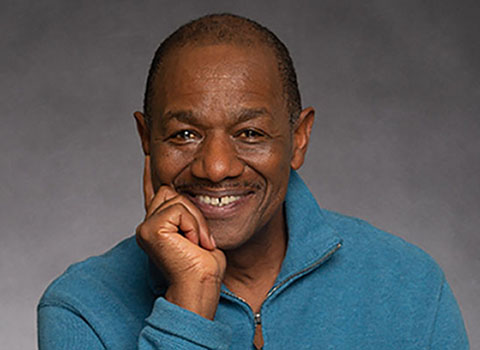 Bobby Norfolk is an award-winning storyteller from St. Louis, Missouri. He has been  performing nationally and internationally for 40 years. Norfolk began his career as a  national park ranger for 10 years at the Gateway Arch, presenting living history programs. Today, he is an actor, comedian, author and teaching artist. He is well known for his high energy performances, lively animation and sound effects. His prior CBS children's televison show, "Gator Tales," won three Emmy Awards. He has published eight storytelling CD's, featuring winners who have won a National Parent's Choice Gold Award. As an author, he has written several books for children and adults. He also has been honored with the prestigious Circle of Excellence Award presented by The National Storytelling Network. The faculty at the University of Missouri-St. Louis voted to honor him with the degree of Doctor of Humane Letters and he also gave the commencement speech at their graduation  ceremony. People describe Norfolk as an adventure story come to life and audiences of all ages enjoy his engaging performances!

Sherry Norfolk is an award-winning storyteller, author and teaching artist, who performs and leads residencies and professional development workshops nationally and internationally. As a dynamic storyteller, she has appeared at the Manitoba, Singapore, Manila, Florida and Tennessee International Storytelling Festivals. She has also made her appearance at schools, libraries, museums and universities nationwide. Norfolk is a co-editor and co-author of books that explore rigorous, standards-based storytelling strategies for learning across the curriculum and many others. She is a teaching artist at the Kennedy Center, a Wolf Trap and with the Tennessee Art's Commission's Value Plus Schools and Art360º programs. She leads residencies in pre-K through high school classrooms across the country and Southeast Asia. As an adjunct professor at Lesley University, she is a recognized leader in integrating learning through storytelling.