Literature and the Media – Beginnings 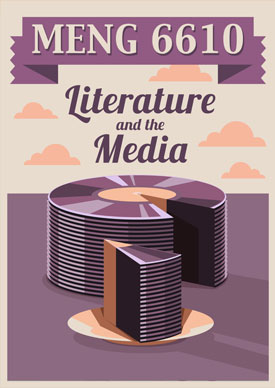 This seminar takes a good look at the precursors to the current dialogue between print and digital culture by investigating the relays between literature and the media network framing literary production beginning with the mid-19th century. In particular, we’ll examine how (naturally, very select) pre-modernist and modernist literature has responded to the cultural effects of the phonograph, the typewriter, and film"the media triumvirate that has shaped the conditions under which much of literature has been written. We’ll ask how the recording and reproduction of sound and motion and the ability to write on a standardized machine has led writers to expand their repertoire of literary themes and forms, while inviting them to reflect on the limits and possibilities of their own medium. Since media innovations are, not coincidentally, often the result of concurrent developments in several countries, and since literary practitioners all write under the influence (of other media, that is), a seminar such as this is, by default, required to look beyond national borders. Thus, while we can focus on only very few writers from England and America, we will also, if only briefly, mention other writers as well. These might include: Mark Twain, Villiers de L’Isle-Adam, Jules Verne, Bram Stoker, Guillaume Apollinaire, Filippo Tommaso Marinetti. Theorists might include: Walter Benjamin, Marshall McLuhan, Martin Heidegger, Vilém Flusser, Friedrich Kittler. Please stay tuned!

While we will try to center our attention on primary texts and emphasize various critical approaches, I will expect students to reach into their own theoretical tool boxes as well. Class sessions will typically alternate between class discussion, student presentations, and occasional short lectures. Thanks for choosing to take this class. Welcome and enjoy!