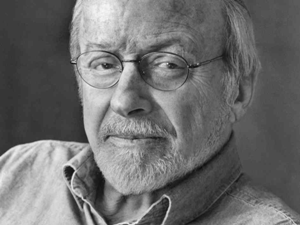 This 2-credit seminar seeks to help you understand the late work of E. L. Doctorow, who is often considered one of the most influential writers working in the United States in the second half of the 20th century and beyond. By the time of his death in 2015, he had produced a body of work that is among the most wide-ranging of any novelist working in the aftermath of the Cold War—similar in scope, perhaps, to the work of his contemporaries Philip Roth, Don DeLillo, and Margaret Atwood. Well received in academic circles and popular culture alike, Doctorow mobilized his considerable narrative energies in numerous directions, refusing to be pigeon-holed all his life. His observation that he was a “post-postmodernist” was as charmingly disarming as it was profound, in full knowledge that ambitious fiction aspires toward becoming “a system of knowledge” shaping and capturing the zeitgeist. Novelist and essayist, public intellectual and cultural historian, raconteur and reader of the Constitution—and often of the writers whose sensibilities he cherished—Doctorow takes his readers seriously, and wants to be taken seriously.

If Doctorow in his early work often unmasks the myths of American history (and throughout insists on literary narrative in the formation of a national identity), his interests during the, roughly, second half of his career enlarged to include significant (re)considerations of—often corporate and religious—power and the cognitive sciences. This “cognitive turn”—together with more recent queries into information processing and media culture—makes Doctorow’s work urgently contemporary in the best sense of the term, and mark a prolonged second, if not third, stage in an altogether impressive career. Welcome and enjoy!