This division was created in 2022, making it the most significant change to the university’s organizational structure in more than 28 years. It is just one step toward Weber State’s goal of equity, diversity and inclusion, outlined in the university’s strategic plan.

Our team, and the Weber State divisions that support us, are here to ensure students across all our campuses have an equitable and enjoyable experience while pursuing their dreams. 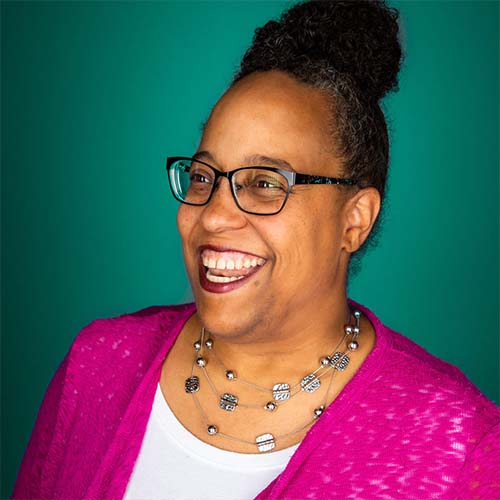 Bio
Andrews earned a Bachelor of Arts degree in Political Science with minors in Ethnic Studies and Spanish in 1993 from the University of Utah. While there, she studied abroad in Cuernavaca, Mexico, in addition to completing an internship at the U.S. Supreme Court.

She next attended the University of Denver, College of Law as a Chancellor’s Scholar, leaving in 1995 and returning to the U of U where she completed a second Bachelor of Arts in Women’s Studies in 1996.

She completed a postgraduate degree in Conflict Resolution & Mediation, received with honors from the U of U in 2006. Andrews is currently ABD in Education, Culture and Society at the University of Utah.

Career
Andrews has worked in a variety of government, higher education and non-profit capacities including:

Local Involvement
A native Utahn, Andrews was raised in Davis County and has a long history of advocacy in social justice and inclusion work with a special capacity for community building. Andrews currently serves as a member of the McKay-Dee and Layton Hospital Boards, the Boys & Girls Club of Weber-Davis Board, and as the Honorary Commander of the Hill Air Force Base 75th Wing. She most recently served on the Utah Governor’s Martin Luther King, Jr. Human Rights Commission.

Pivotal to Weber State University's mission is the need to embrace and value the diversity of its members. Acknowledging the uniqueness of each individual, we seek to cultivate an environment that encourages freedom of expression.

Because the university is a community where inquiry is nurtured and theories are tested, every individual has the right to feel safe to express ideas that differ from those held by other members of the community.

However, all persons who aspire to be part of our campus community must accept the responsibility to demonstrate civility and respect for the dignity of others. Recognizing that the proper balance between freedom of expression and respect for others is not always apparent or easy to achieve, we must continually challenge ourselves and each other in an atmosphere of mutual concern, goodwill, and respect.

Therefore, expressions or actions that disparage an individual's or group's ethnicity, gender, religion, sexual orientation, marital status, age, or disability are contrary to the mission of Weber State University.