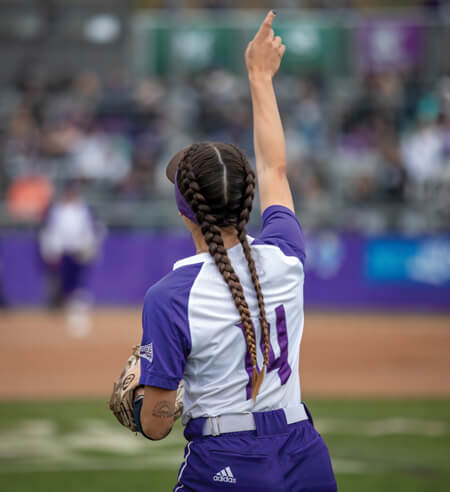 Weber State University’s women’s softball team had a season for the history books.

After earning their sixth consecutive Big Sky Conference regular season title, the Wildcats scored yet another Big Sky Conference Championship without allowing a single run. The team was selected as the third seed in its bracket going into the NCAA tournament, the highest seed any Big Sky softball team has earned for the tournament. The Wildcats ultimately went 0-2 in the tournament, but set plenty of records along the way.

This year’s championship marked the ninth overall for the program. In regular season play, Weber State finished with a 38-12 record, marking the first season since 2017 that the team has eclipsed the 30-win mark and tied for the most wins in the program’s history. With the 13-1 conference record, the Wildcats had a .929 winning percentage — the highest in Big Sky Conference history.

Head coach Mary Kay Amicone was named the Big Sky Coach of the Year for the third consecutive year. This season also brought her 100th career Big Sky Conference victory, the only coach in conference history to reach that mark.

Arissa Henderson, a transfer from Brigham Young University, was named the Big Sky Conference’s Newcomer of the Year. She led the conference with a 14-1 record and allowed the second least earned runs among qualified pitchers.

The Wildcats will host the Big Sky tournament in 2023.

A Season of Victories 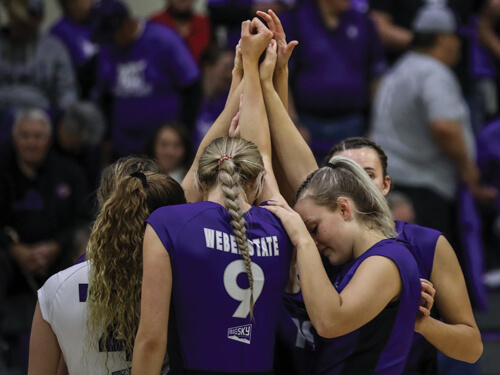 The 2021 Weber State women’s volleyball team netted a place in the history books.

13-3: The Wildcats’ record in conference play during the 2021 season, enroute to a share of the Big Sky Regular Season Championship for the second consecutive season. Weber State earned the right to host its first ever Big Sky Conference Tournament and a birth in the National Invitational Volleyball Championship tournament.

27: Consecutive matches the women’s volleyball team won at home in Swenson Gymnasium, the longest streak in the nation.

22-10: Volleyball’s final overall record, after advancing to the quarterfinals in the National Invitational Volleyball Championship. The Wildcats’ season ended when they fell to the UTEP Miners in five sets in El Paso. 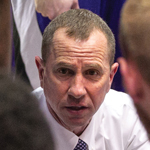 During the 2021 season, WSU men’s basketball head coach Randy Rahe won his 300th game by defeating Green Bay 68-58. Following the season, Rahe retired as the winningest coach in Weber State and Big Sky Conference history with a career record of 316-191 after 16 seasons with the team. 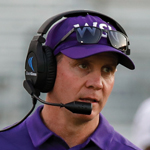 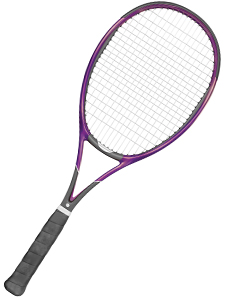 The team finished 7-1 in the league (14-9 overall) and earned a first seed ranking at the 2022 Big Sky Conference Women’s Tennis Championship before falling to Northern Arizona in the championship round.

Head coach Ruthann Allen was named the 2022 Big Sky Women’s Tennis Coach of the Year, making it the first honor for a Weber State tennis coach since 2000.

“I’m so proud of the team and our season this year,” Allen said. “They worked hard and put the team above themselves. Our focus was to compete in every match and support each other at all times. They did a great job meeting these two goals.”

“I’m really looking forward to most of the team returning and two new freshmen coming in. We will continue to add to the culture we have been building,” Allen said of next season. 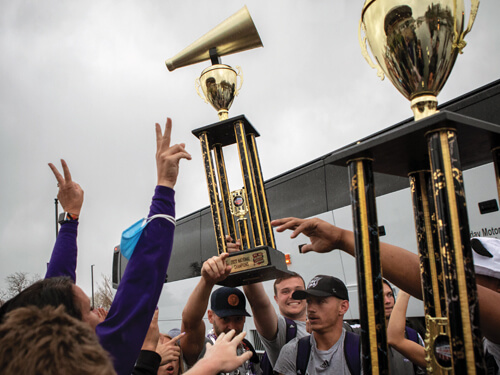 The Wildcat cheer team won its fifth-straight national championship in the Division I Large Coed Division at the 2022 NCA/NDA Collegiate Nationals held in April in Daytona Beach, Florida. The team earned a score of 98.55 to win the event, nearly four points ahead of other teams. In the preliminaries, the Wildcats earned a 99.037 score.

This year, Weber State fielded a team for the Division I Small Coed Division and earned its first national title in that division with a score of 96.88.

“This was the first year the cheer squad competed with two teams in separate divisions at the NCA National Championship and it was unreal to bring home the championship in both,” coach Summer Willis said. “I am extremely proud of all the hard work and dedication the squad put in in order to bring home both titles.”

In the partner stunt competition, the Wildcats swept the podium, with Elsa Hassett and Matthew Torres taking home first place with a score of 98.72. Baillee Schiff and Jalani Keo took second with a score of 92.94 and Gauge Stricklin and Kat Abela took third with 89.44.

Willis said the squad plans to maintain their tradition of excellence and represent WSU and Utah at the national level.

The Weber State dance team also competed in Daytona, earning third place with a 94.06 with their Division I Hip Hop performance and fifth place in the Jazz Dance competition with a score of 92.57. 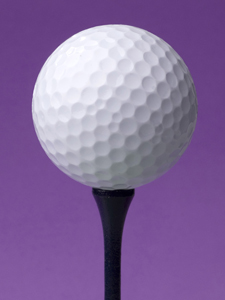 The Wildcats shot their way to victory at the 2022 Big Sky Conference Men’s Championship, held at Talking Stick Golf Club in Scottsdale, Arizona, in April.

The team wrapped up the tournament with a final score of 864, just one shot ahead of Northern Colorado and two shots clear of Sacramento State.

To cap off the victorious season, the Big Sky Conference named coach Scott Erling as the Men’s Golf Coach of the Year. Erling, who serves as Director of Golf for Weber State, has been working with the Wildcat golf team since 2012.