Sara Dant, professor and chair of the history department, and zoology professor Christopher Hoagstrom, will be honored at this year’s graduation event, which is now scheduled for Aug. 29.

The honor was established in 2006 to recognize WSU faculty members who have demonstrated the highest quality teaching, scholarship, research and community service. A generous gift from Rodney and Carolyn “Mitzi” Brady made recognition funding possible. The late Rodney Brady served as WSU president from 1978 to 1985.

History professor Sara Dant is an author and presenter whose work focuses on environmental politics in the United States with an emphasis on the creation and development of consensus and bipartisanism.

She began her career at Weber State in 2001 after earning her master’s and doctoral degrees in American studies and history respectively at Washington State University, where she was recognized as an outstanding scholar and teacher.

Dant has published dozens of articles, book chapters and reviews. Her most recent book, “Losing Eden: An Environmental History of the American West,” dissects the interaction between people and nature over time. The work, which was well reviewed in scholarly journals and popular periodicals, led to numerous podcasts, public radio interviews, invited lectures and book signings.

Dant has also authored several prize-winning articles on western environmental politics and published two chapters on Utah history: “The ‘Lion of the Lord’ and the Land: Brigham Young's Environmental Ethic” (2019) and “Going with the Flow: Navigating to Stream Access Consensus” (2014). She co-authored the two-volume Encyclopedia of American National Parks (2004).

Dant has served as an expert witness in two environmental law cases in Utah. One of the cases involved public access on the Weber River. Dant had the task of documenting historical evidence of commercial use of the river — research that determined jurisdiction over and access to the waterways. Ultimately, her research and testimony were so compelling, the district court decided in favor of public access, a decision later upheld by the Utah Supreme Court.

A popular teacher, Dant’s lectures combine wit and scholarship that students say give them a new appreciation of history.

“I firmly believe people care about what they know, which makes history as relevant today as ever,” Dant said. “My students know my favorite question is, ‘At what cost?’ Who or what pays the price for the decisions we've made in the past and how does that play out over time? To me, it’s a terrific shorthand for getting at the essence of history — the study of change over time — and thinking deeply about how we secure a sustainable future in which both humans and nature can thrive and endure.”

Dant was selected as the 2019-20 John S. Hinckley Fellow at Weber State for excellence in scholarship, teaching and service and has twice received the university’s Faculty Sustainability Research Award (2015, 2017). 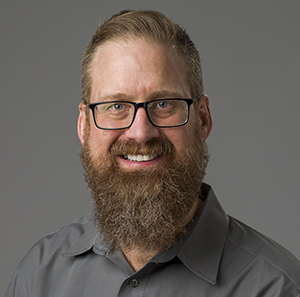 Zoology professor Christopher Hoagstrom, has spent a lifetime researching and writing about freshwater fish and the rivers in which they reside. He wants students to understand connections between everyday life and conservation and how both fish and humans depend equally on an adequate, clean water supply.

“People are ultimately in the same puddle as the fish we affect,” Hoagstrom explains. “As more and more water is used and polluted, we are remiss to take this resource for granted. Thus, efforts to conserve freshwater fish not only seek to preserve our natural resources but also make us more aware of and more knowledgeable about issues with our own water supply.”

Hoagstrom, who earned his doctoral degree in Wildlife and Fisheries Sciences from South Dakota State University in 2006, joined WSU’s zoology faculty the same year, serving as department chair from 2012 to 2019.

He has overseen teams of undergraduate students conducting multi-year field research in northern Utah. In 2016, Utah’s Division of Wildlife Resources (UDWR) enlisted Hoagstrom’s assistance with a problem at their community fisheries. Trout stocked into the ponds are easy targets for fish-eating birds, especially the voracious double-crested cormorant. Hoagstrom and a revolving group of undergraduate research students have made extensive observations of the birds at the ponds and have provided recommendations to assist UDWR in mitigating the problem without harming either fish or birds. Hoagstrom and his students have also done an extensive sampling of trout populations in the canyon streams of the northern Wasatch Front in cooperation with UDWR. Their documentation of troutless streams helped facilitate several reintroductions of native Bonneville cutthroat trout. Hoagstrom’s students have since monitored the success of reestablished populations.

Hoagstrom was a WSU 2012 Gwen S. Williams Prize honoree for extraordinary work by faculty. In 2019, he was presented the Office of Undergraduate Research College of Science Outstanding Mentor Award.

“I do my best to help students connect fundamental concepts with applied subjects and problems,” Hoagstrom said. “Because it's exciting to understand complex topics with real-world relevance, I try to give students that experience.”

Hoagstrom has served in leadership roles for both the Desert Fishes Council and the Ogden Nature Center. In addition to more than 20-peer reviewed articles, he co-edited a multi-authored volume to be published by the University of Chicago Press this year, "Standing Between Life and Extinction, Ethics and Ecology of Conserving Aquatic Species in North American Deserts."

For photos, visit the following link: