OGDEN, Utah – Weber State University President Charles A. Wight today announced the Dream 125 fundraising campaign has exceeded its goal of $125 million with two months before it ends officially. The total so far: $146,117,541.97. The university has received cash and pledges from almost 15,700 generous donors. 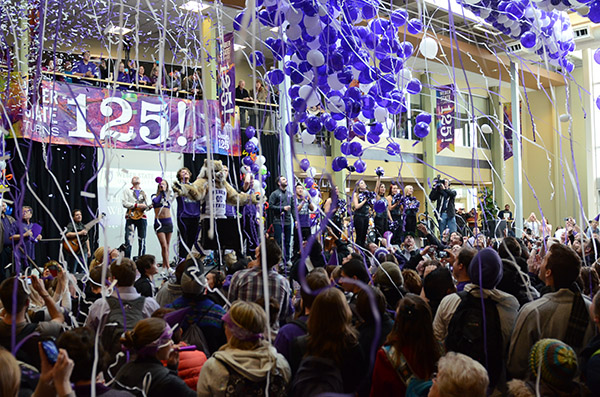 “Dream 125: The Campaign for Weber State has equipped our university to thrive now and for many years to come,” Wight said. “The campaign’s success is the result of many individuals’ dedication and the generosity of donors who share our vision for the future.”

The announcement was accompanied by a blast of confetti cannons, music, cheering from WSU’s mascot, Waldo, and the Spirit Squad during a celebration in the Shepherd Union Atrium.

In order to involve the greatest number of students, staff and faculty, the event was planned for the end of spring semester.

Dream 125 helped raise $33 million in new scholarship funds. The campaign will provide for research, technology, training and travel by students, staff and faculty. Donations also will be used to enhance the campus with modern facilities.

Long-time university supporters contributed at various levels, including a 2006 alumna living in Virginia, who has sent the university a $10 check every month for the last 75 months. Many donors have included the university in their estate planning. As of today, $28.6 million worth of future legacy gifts are part of the campaign total. 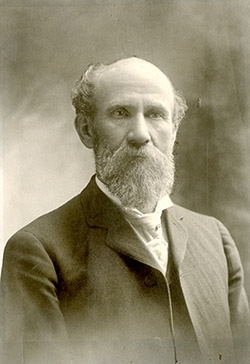 Weber State employees contributed to the campaign as well. More than 1,500 current and former employees gave a combined total of over $6 million.

The celebration included the premiere of a 70-minute documentary chronicling the university’s 125-year history. WSU alumnus and award-winning filmmaker Issac Goeckeritz produced the film “Great Oaks from Small Acorns Grow: The Story of Weber State University.” The voices, faces, stories and memories of Weber State’s successes seen in the documentary help underscore the importance of a fundraising campaign. The film will play all day, April 13, in the Shepherd Union Wildcat Theater.

For more information about the campaign, visit community.weber.edu/dream125.