OGDEN, Utah – Ruth Carter, the 2019 Academy Award winner for Best Achievement in Costume Design for her work on “Black Panther,” will speak at Weber State University Feb. 6 at 7 p.m. in the Val A. Browning Center Allred Theater. The event is hosted by the Telitha E. Lindquist College of Arts & Humanities Hurst Artist-in-Residence program, and is free and open to the public. 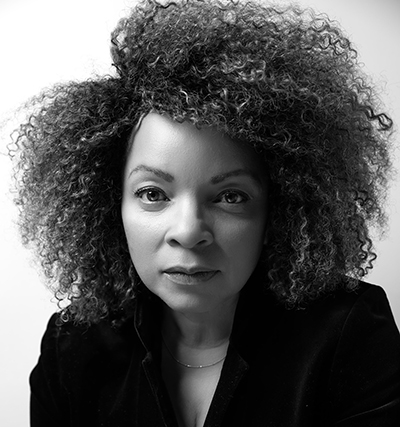 “This is an opportunity to hear from someone who has worked on large-scale productions and created beautiful costumes that are seen up close and personal on film,” said Catherine Zublin, WSU theatre professor and event moderator. “Students and the community will get to learn about the different aspects of designing costumes specifically for film.”

A world-renowned film and TV costume designer, Carter is known for her dedication and her extensive research into culture and history to aid in design. She is also the first African American to win an Academy Award for costume design.

Carter has worked as a costume designer for more than 30 years, creating looks for a wide range of actors including Denzel Washington, Angela Bassett, Chadwick Boseman and Oprah Winfrey.

Carter has over 40 film credits including Spike Lee’s “Malcolm X,” and Steven Spielberg’s “Amistad,” both of which she received an Academy nomination for Best Costume Design.

In an interview for Oprah magazine in 2019, Carter said costume design is not always about creating dramatic looks for every scene.

“Just because a person is wearing a costume doesn’t mean that the costume is doing all of the talking,” Carter said. “Sometimes the costume needs to subside and be a part of the whole entire scene, not just on the wearer. It’s not fashion. It’s more of a character.”

According to Zublin, the process of designing costumes for film and theater is a unique and valuable art form because it helps the audience relate to the characters portrayed by the actors.

“It provides a visual environment for the words in the script, and helps the actors create their characters,” Zublin said. “There are different things we can interpret from the way people are dressed, and costumes help give context for the characters and the world they’re in.”

Hosted by the Lindquist College, Carter’s visit is funded through the generosity of an endowment from Dean and Carol Hurst. Each year the Hurst Artist-in-Residence program offers students an opportunity to learn from and work with a prominent figure from different artistic disciplines.