Registration for these free events will open soon! 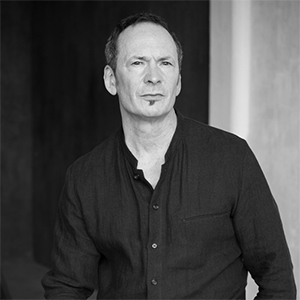 Forrest Gander Born in the Mojave Desert in Barstow, California, Forrest Gander grew up in Virginia and spent significant years with the poet CD Wright, in San Francisco, Dolores Hidalgo, Mexico, Eureka Springs, AR, and Providence, RI. With CD Wright, he has a son, the artist Brecht Wright Gander. Forrest holds degrees in both geology and English literature. He lives now in northern California with the artist Ashwini Bhat.

Gander's book Be With was awarded the 2019 Pulitzer Prize. Concerned with the way we are revised and translated in encounters with the foreign, his book Core Samples from the World was a finalist for the Pulitzer Prize and the National Book Critics Circle Award. Gander has collaborated frequently with other artists including photographers Sally Mann, Graciela Iturbide, Raymond Meeks, and Lucas Foglia, glass artist Michael Rogers, ceramic artists Rick Hirsch and Ashwini Bhat, artists Ann Hamilton,Tjibbe Hooghiemstra, dancers Eiko & Koma, and musicians Vic Chesnutt and Brady Earnhart, among others.

The author of numerous other books of poetry, including Redstart: An Ecological Poetics and Science & Steepleflower, Gander also writes novels (As a Friend; The Trace), essays (A Faithful Existence) and translates. His most recent translations are Alice Iris Red Horse: Poems of Gozo Yoshimasu, Then Come Back: the Lost Neruda Poems and Fungus Skull Eye Wing: Selected Poems of Alfonso D'Aquino. His most recent anthologies are Pinholes in the Night: Essential Poems from Latin American (selected by Raúl Zurita) and Panic Cure: Poems from Spain for the 21st Century.

Gander's books have been translated and published in more than a dozen other languages. He is a United States Artists Rockefeller Fellow and has received fellowships from The National Endowment for the Arts and the Guggenheim, Whiting, and Howard Foundations. In 2011, he was awarded the Library of Congress Witter Bynner Fellowship. Gander was the Briggs-Copeland poet at Harvard University before becoming The Adele Kellenberg Seaver Professor of Literary Arts and Comparative Literature at Brown University where he taught courses such as Poetry & Ethics, EcoPoetics, Latin American Death Trip, and Translation Theory & Practice. He is a Chancellor for the Academy of American Poets and an elected member of The Academy of Arts & Sciences. 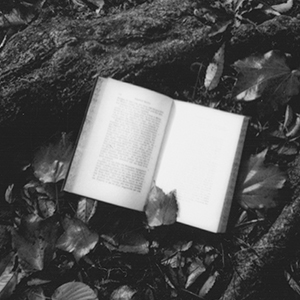 World-renowned author Amitav Ghosh will be the Hurst Artist in Residence at Weber State University from October 25 - 27. Ghosh will teach in the College of Arts & Humanities, the  Honors Program, and others, and interact with students, faculty, and staff. He is also scheduled to give public readings through the Aquinas Institute at St. Joseph's High School and on campus. 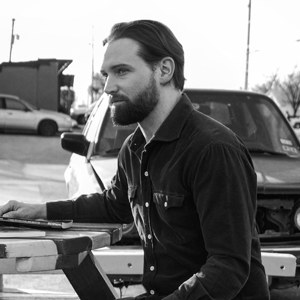 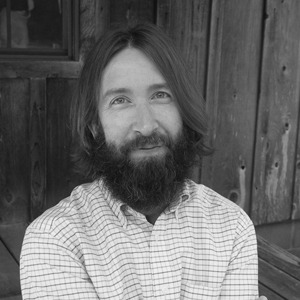 Greg Brownderville is the writer, showrunner, and creator of Fire Bones (2021), the world’s first go-show. Brownderville is also the author of three books of poetry. In 2011 he published Gust (Northwestern University Press/TriQuarterly), which made the Poetry Foundation’s Best-Seller List and was included among “Top Picks” by Library Journal. In 2012 he published Deep Down in the Delta (Butler Center Books), a collection of poems based on folktales he gathered in and around his home community of Pumpkin Bend, Arkansas. Brownderville’s third book, A Horse with Holes in It, was released by LSU Press in November 2016. Collaborating with composer Jacob Cooper, Brownderville wrote the words to “Jar” (Silver Threads, Nonesuch Records, 2014) and Ripple the Sky, which premiered with the Los Angeles Philharmonic in 2016 and was released by New Amsterdam Records in 2020. Brownderville has been awarded prizes and fellowships from the Sewanee Writers’ Conference, The Missouri Review, Prairie Schooner, New Millennium Writings, and the Porter Fund. He has been a Murphy Visiting Poet at Hendrix College and a writer in residence at the Lemon Tree House in Camporsevoli, Italy. Brownderville currently serves as the editor-in-chief of Southwest Review, the director of creative writing, and an associate professor of English at SMU in Dallas.

Tim Earley was born and raised in the Sandy Mush community of Rutherford County, North Carolina. He is the author of five books of poems, Boondoggle (Main Street Rag, 2005), The Spooking of Mavens (Cracked Slab Books, 2010), Poems Descriptive of Rural Life and Scenery (Horse Less Press, 2014), which won the 2015 Mississippi Institute of Arts and Letters Poetry Award, Linthead Stomp (Horse Less Press, 2016), and Epigrams Both Ludic and Regicidal (Delete Press, 2019).

His work has appeared in many journals and anthologies, including Chicago Review, Colorado Review, jubilat, Southern Humanities Review, Sink Review, Typo, Conduit, The Ecopoetry Anthology, Literary Trails of the North Carolina Mountains, and the Hick Poetics Anthology. He was educated at Isothermal Community College, USC Upstate, the University of Mississippi, and the University of Alabama, where he earned an MFA in Creative Writing.

He is the recipient of writing fellowships from the Fine Arts Work Center in Provincetown and Hawthornden Castle in Lasswade, Scotland. Currently a Visiting Assistant Professor of English at the University of Mississippi, he teaches online courses in creative writing, Appalachian literature, fantasy literature, and early British literature.

Tim is the founder of Odd Bard Games, a group of poets and writers dedicated to producing tabletop roleplaying games with an emphasis on character development and narrative richness. His first game, Holler: An Appalachian Apocalypse, uses the Savage Worlds rules system and focuses on labor conflict, environmental crisis, and Appalachian ghost stories/folklore. Holler will be published by Pinnacle Entertainment Group in 2021.

The Department of English will host virtual open mics on September 8, October 6, November 10 and December 1 at 2:30 p.m.

For access to this series, please email Abraham Smith (abrahamsmith@weber.edu) to request an invitation to the Zoom meetings.